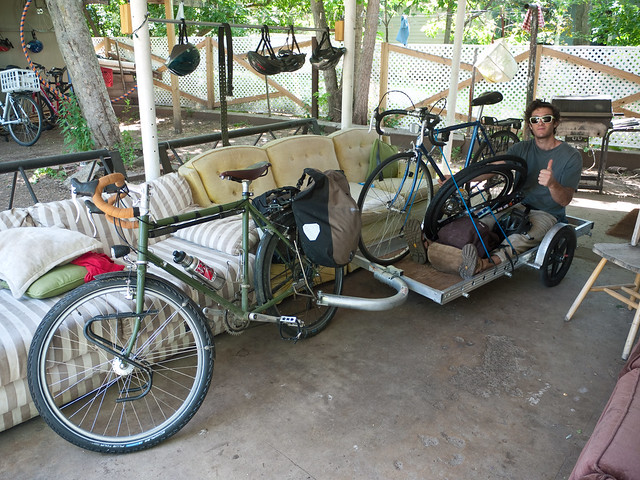 After I got done moving all my stuff into Masala, I had to return the trailer to Community Cycles.  Tim needed to work on his bike (and renew his membership…) so I gave him a lift out to the shop.  The Bikes at Work trailers aren’t really meant for hauling people… but with a capacity of 300lbs, they’re certainly capable of it.  I’d really like to have a decent setup for moving another bike around without the trailer.  A way to just hook the front end of the rear bike up to my rear rack, allowing it to roll on its own.  More photos below.

A former space explorer, now trapped on Earth. Just trying to make sure we don't blow up our one and only spaceship.
View all posts by Zane Selvans →
This entry was posted in journal and tagged bicycle, cargo, community cycles, trailer. Bookmark the permalink.

2 Responses to Riding with Live Cargo