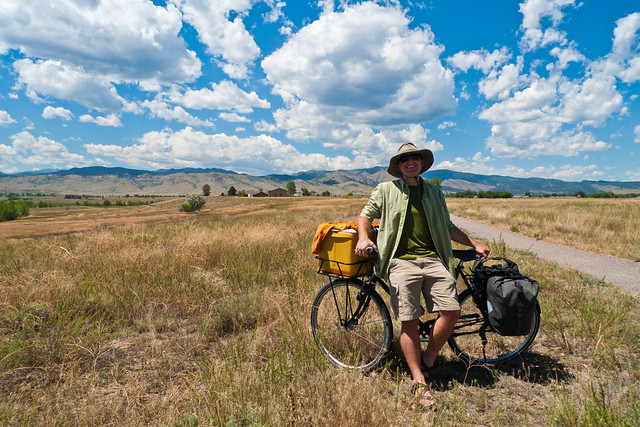 Most of this blog is written by Zane Selvans.  That’s me above.  I take a lot of the pictures too.  I live in Boulder, Colorado, and I’m a member of the Advocacy Committee of Community Cycles. I also serve on the City of Boulder’s Transportation Advisory Board.  (However, the opinions expressed here are strictly my own.)  I don’t have a car.  I bike just about everywhere in almost any weather, and I love it.  I also have a PhD in planetary geophysics and a background in computer science, but that’s really irrelevant in the context of this blog.  Actually, it’s more broadly irrelevant too.  But that’s another story altogether.

My bicycle love affair began in Japan when I was  14.  I rode a heavy single-speed bike to school in the sub-tropics of  Kyushu wearing a navy blue wool uniform, along with thousands of other  similarly equipped and attired students.  My only academic  responsibility was learning Japanese, and all the other students were  busy with homework, so in the afternoons I’d wander around the  countryside outside Miyazaki alone on my bike.  Rain or shine, night and  day.  I discovered hidden shrines and fireflies.  Steep forests of  bamboo and endless pancake flat rice paddies.  Deafening cicadas and the  kero-kero of tiny frogs.  Warm, wet tropical storms, and winds that  would let me coast across the plains. 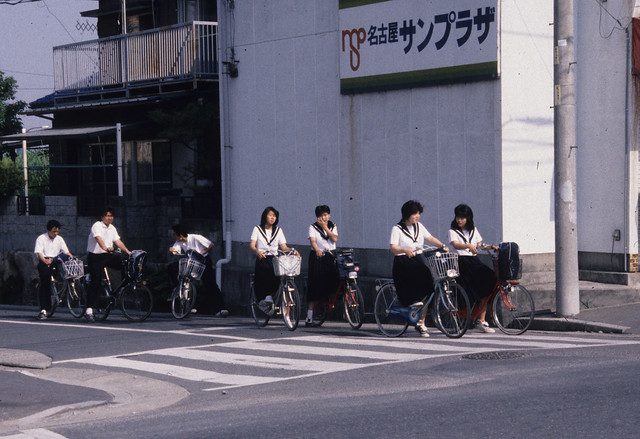 When I finally came home to central California, and started my  sophomore year of high school, there was no question about whether I  would keep riding Ernie’s school bus number six, which took 90 minutes to  move me 3 miles because it had to wend its way through the countryside  picking up all the other rural students.  On a bike, I could make the  trip in 11 minutes, which made a big difference when school started at  7:30 in the morning.  I never felt the need to get a car.

Bikes let cities be human in a way that cars never can, because they’re quiet, they’re safe, and they don’t take up much space.  We built cities at human scales for thousands of years.  Only in the last century have we decided to re-imagine them as places for cars.  There’s no reason we can’t go back to building them primarily for people, and lots of reasons why we might want to.

3 Responses to About the Author