How to Choose a Bike Helmet

There are a few things to keep in mind when selecting a bike helmet. The first thing to remember is that helmets come in various sizes. While the exact size depends on the brand, there are some general guidelines that you should follow. You should also know that the sizing of a bike helmet can vary significantly between different sizes. You might want to go down a size unless you’re a huge head. You might want to wear a cycling cap or beanie if you’re in between sizes. Some adults can wear a children’s size and vice versa.

MIPS is an acronym for Multi-directional Impact Protection System, a technology that reduces the amount of rotational motion transferred to the brain from a crash. A typical helmet doesn’t have this technology, but you should consider buying a helmet that does have it. Because of their low-friction layer, these helmets can protect you from rotational impact better than non-MIPS helmets.

A Swedish company developed the MIPS helmet system based on concepts from physiology. In a direct impact, the human brain is surrounded by cerebrospinal fluid, which prevents the brain from being affected directly. A helmet with MIPS includes a low-friction material between the shell and the liner. This low-friction material allows the shell to move relative to the liner and limits the force transferred to the head.

The Leatt Turbine 360 bike helmet offers superior protection against head injury. Its 360-deg Turbine Technology uses a non-Newtonian polymer to reduce rotational acceleration. These disc-shaped implants are positioned between the helmet and rider’s head to disperse impact energy and protect against brain damage. In addition, it’s a stylish choice for many cycling enthusiasts.

One of the key features of the Leatt DBX 3.0 All Mountain is a removable chin bar. It’s easier to remove the chin bar than other convertible enduro lids. While the DBX 3.0 Enduro V2 is a great option for enduro racers, it also comes with a removable chin bar. This feature allows riders to choose the fit that best suits their head.

Kali’s Low Density Layer (LDL) bike helmet offers superior safety, thanks to the company’s composite fusion technology, which fuses the EPS foam liner with the shell. This combines with a Low Density Layer (LDL), which consists of specially designed Armourgel padding, to reduce low-g impact and rotational forces by a whopping 12%.

This innovative new technology allows Kali’s helmet to reduce low-g impacts while maintaining cranial integrity, even after a crash. The helmet is designed to absorb energy from low-g impacts, which can lead to concussions. The LDL’s softer foam liner helps minimize low-g linear forces. In addition, it offers a wide variety of ventilation to help keep the head cool, preventing it from overheating.

A rotating impact protection system (RIPS) is a crucial feature of most bike helmets, but a few companies have forged a unique design or developed their technology. Some of these helmets use elastomer shock absorbers, such as Leatt’s Turbine 360, while others use a porous structure to create a more effective RIPS system. For example, Bontrager’s WaveCel bike helmet uses a porous shell to reduce the impact of a collision on the rider’s head.

Some brands have adopted angular impact protection as a performance feature. The majority of their flagship helmets now have some form of MIPS lining. This technology has become so prevalent in recent years that almost every major brand offers a product. Other helmets employ this same technology, such as the POC Spin and Leatt Turbine 360. Bontrager has taken a different approach.

A low-density layer (LDL) can provide extra protection in the event of a fall. The LDL system was developed by Leatt and is a proprietary material that places small rubberized turbines throughout the helmet. These turbines help absorb rotational and direct impact forces. The Leatt helmets use 360o Turbine technology. This material is a composite that is softer than eps foam.

The LDL uses a multiple-vector elasticity material to respond to various rotational and linear accelerations. Because of the LDL’s multiple-vector elasticity can flex and respond to pressure in different directions and force levels. In 2014, the company Armourgel tested the Kali Shiva full face with and without LDL in rotational impact lab conditions. The LDL-equipped Shivas were classified as Advanced Liners, while the Shivas without LDLs were Classified as Reference Helmets. The tests were conducted using a guided falling mass with a 30-degree impact wedge.

How to Wear a Bike Helmet 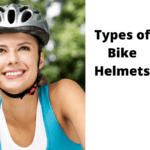