What is MIPS Helmet Technology?

You’re not alone if you’ve never heard of MIPS helmet technology. MIPS stands for multi-directional impact protection system. This unique helmet technology is designed to reduce rotational motion of the brain, reducing the risk of a concussion. It works by creating a second layer inside the helmet, mimicking the human brain’s structure. In addition, MIPS helmets reduce the amount of pressure on the brain due to a collision.

It Reduces Rotational Motion to The Brain

The MIPS helmet technology was created to prevent the brain from being impacted by rotational motion. This motion causes strain on brain tissue and increases the risk of severe injuries and even concussions. A MIPS helmet design reduces rotational motion to the brain by allowing the head to move inside the helmet while reducing harmful rotational forces. Its benefits include improved brain protection, reduced stress, and decreased pain.

It Reduces the Likelihood of Concussion

A key part of MIPS helmet technology is the slip plane, which helps reduce rotational energy during the critical first milliseconds of an impact. This feature allows the head to move inside the helmet without creating too much friction, decreasing the amount of rotational motion. In turn, this helps reduce the risk of a concussion. In addition to reducing the amount of rotational energy, MIPS helmet technology reduces the severity of the effects of trauma.

It Has a Thin Second Layer Inside the Helmet

MIPS is a technology that allows the user’s head to move within the helmet, which reduces the number of rotational forces that can cause a concussion, a subdural hematoma, or even permanent brain damage. This technology allows the helmet to rotate about 10-15mm during impact and absorbs angular forces. It is very effective in reducing rotational forces on the brain. The layer lasts for about 100 milliseconds, significantly reducing the risk of serious injury.

In the early 1990s, Swedish neurosurgeon Hans von Holst discovered that standard helmets were not protecting riders’ brains from traumatic brain injuries. While traditional helmet designs addressed impact and rotational forces, none addressed the strain on the brain. That was a problem, so Von Holst and colleague Peter Halldin developed a new helmet design that addressed these problems. Their innovative MIPS solution was presented to the European Union in 1996, and they are poised to change helmet standards forever.

It Has Been Integrated with Many Brands

MIPS Helmet Technology has been integrated into many bicycle helmets over the last decade. Some brands even incorporate MIPS into their helmets, allowing consumers to choose the best model that fits their needs and budget. Here’s how it works. First, MIPS is a safety system that protects cyclists from brain injuries caused by impact. MIPS protects cyclists by allowing them to feel secure and comfortable when riding.

It Needs a Standard for Rotational Motion

MIPS helmets were the first to incorporate such technologies, enjoying broad licensing from various brands. That head start, however, has waned in recent years. Competitors like POC, Kali, Leatt, 6D, Bontrager, and others have come on board with their angular impact mitigation (AIM) technology. These technologies reduce the rotational forces on the brain, which have been linked to concussions. 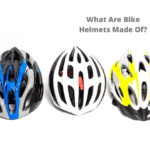 What Are Bike Helmets Made Of?

How to Wear a Bike Helmet 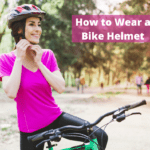