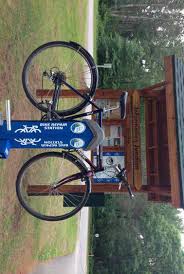 Boulder Junction is accessible by bike, foot, and public transit

A 45,655-square-foot underground transit facility, Boulder Junction features six bus bays, a ticketing booth, and RTD security 24 hours a day. The transit facility is situated beneath Pearl Parkway and can be accessed via a pedestrian breezeway called Paseo. Both pedestrians and vehicles can access the station via Junction Place or the nearby 33rd Street. The Boulder Junction Area Plan identifies future opportunities for public transportation in the area.

Boulder Junction is the home of the Boulder Junction Access General Improvement District. It was established in 2010. The district includes zoning regulations for residential uses and promotes transit and alternate modes of transportation. In addition to encouraging alternative modes of transportation, Boulder Junction has implemented a trip-generation allowance based on the Institute of Traffic Engineers’ (ITE) trip-generation rates and compares that amount to the number of automobile trips entering and exiting the area. This study is continuing, with results expected every two years.

Boulder’s transportation system is based on a multimodal model that prioritizes walking and bicycling and supports multiple forms of transportation. The system should be flexible enough to meet the changing needs of Boulder’s diverse neighborhoods. The city must also consider the transportation needs of people of all ages, mobility levels, as well as different modes of transport.

The Boulder Junction area includes Depot Square, a redevelopment project that surrounds an historic train station. Multiple challenges were faced by the project, including lighting at different heights, lighting for pedestrians and pathways, and lighting for mixed-use areas. To meet the challenges, Landscape Forms collaborated with the City of Boulder Transportation Department to provide a targeted lighting solution that would improve safety and accessibility. The lighting design solutions included contemporary LEO lights that include wireless control devices. In addition, Hawthorne and Alcott pedestrian lights will provide illumination along the pathways.

Parking at Depot Square is managed by a condominium association and shared by five different uses. It supports all users and has 100 spaces. In addition, Boulder Junction has a district-wide parking restriction for residential units. Parking in Boulder Junction is a priority for pedestrians, transit users, cyclists. Vehicles will be placed fourth. The Boulder Junction Parking Authority is committed to ensuring that the district is a bike, pedestrian, and transit accessible place.

Boulder Junction Bike Station is expected to be one the most important transit destinations for Boulder and will contribute to the growth of the bicycle community. Voter-approved sales tax increases will support the project, which will allow for the construction of 122 miles new rail transit, 18 new bus rapid transit routes, and improvements to bus routes. In 2015, a station was opened at Depot Square near Pearl Parkway. The Flatiron Flyer BRT service was launched a year later. The station will also help support the first-mile connection for multi-use paths.

The Boulder Junction Bike Station is supposed to be the main transit hub in the eastern core of the city. The station is located at the intersection of two major transit arteries, U.S. 36 and Boulder Creek, which are supposed to connect the eastern and western parts of the city. The Boulder Junction Bike Station is not yet fully integrated into the overall plan. It is still in its infancy and should be better integrated into the overall plan.

Besides being a major transit hub, Boulder Junction has some unique features that make it unique. Among them are permeable brick pavers and Silva cells for street tree health. Additionally, Boulder Junction has wirelessly-controlled LED street lighting. It has a variety of housing stock, employment, arts, and entertainment.

While there are a few things that may make Boulder Junction Bike Station a major transit hub, the construction of Phase I is reportedly not starting as planned. The project was delayed by higher bid prices, late spring weather, and delays with grant notification. All funds raised for this project are now being held in a special account at the Town of Boulder Junction as well as the Boulder Junction Community Foundation, which is a 501(c),3 public charity.

Boulder Junction is responsible for the construction of 3.3 miles on paved trails that would complete the 14-mile North Creek Trail loop. The new trail will begin at the intersection of County Highways K and H and connect to the existing bike trail between Boulder Junction and Manitowish Waters. From there, users will be able to continue down North Creek Rd, a trail that connects back to Boulder Junction.

The Boulder Bicycle Survey will continue through spring 2018. This will also include interactive public engagement events, which will help collect qualitative data from residents.

It is meant to be accessible by bike, pedestrian and transit.

Boulder Junction is located at the intersection between Pearl and 30th Streets. It is intended to be a bike-, pedestrian-, and transit-friendly area. This development was created as part of the Transit Village Area Plan, which aimed to create a pedestrian-friendly neighborhood integrated with local transit. This plan allowed for increased density and mixed-use development without increasing vehicle trips. It also included an Access Management and Parking Strategy, which encourages development that is both pedestrian-friendly and transport-friendly.

Boulder Junction is currently undergoing a study that will develop a preferred design concept, cost estimate, and strategies to phase in the project. The study will also look at improving the Downtown Boulder Station. As a result, we’ll see a change in the city’s transportation system.

This project will create a better environment for pedestrians, bike and transit users. It will also be a model for future multimodal connections. Since 2014, Boulder has added over 4,000 linear feet of new sidewalk, 9,483 linear feet of new multi-use path, and 1 underpass.

Previous post : How to Keep Your Bicycle in Top Condition During the Winter
Next post : Can Competitive Cyclists Help Bike Advocacy?